The Violence Monitor is a partnership between the G1 news portal, the Center for the Study of Violence of the USP, and the Brazilian Public Security Forum, inaugurated in September 2017 in an attempt to discuss violence in the country and seek out ways to address these issues by merging accessible journalistic language and academic debates. 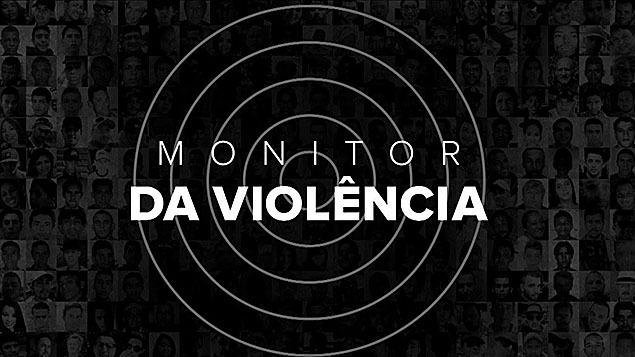 The G1 is one of Brazil’s largest news networks, with professional journalists covering news in all 27 states and newsrooms in over 50 cities. The network publishes news stories from all across Brazil, most of which do not appear in the conglomerate’s home page website. Under the specific issue of violence, they analyze close to 4,000 news reports on homicides every year. To take advantage of this effort, the NEV-USP, which has been researching homicides in Brazil, sought the G1 newsroom to present a project to harness this industrial production of news within a single project.

The main objective of the Violence Monitor is to draw attention to Brazil’s increasing homicide rates, particularly in the northern and northeastern states. The high concentration of major media newsrooms along the Rio-São Paulo belt have come short of providing the deserved visibility to this issue. By increasing the exposure on the northern northeastern, the idea was to put political pressure on state officials to discuss the issue and solutions.

The first project debuted in September 2017. All works developed by the partnership follow a rite:

A website that collects all publications by the Violence Monitor as well as data and analyses conducted by the NEV and the Brazilian Public Security Forum.

Violent deaths in the country per month

Through the Access to Information Act, the G1 monitors all data pertaining to homicides, felony murders, and bodily injury followed by death.