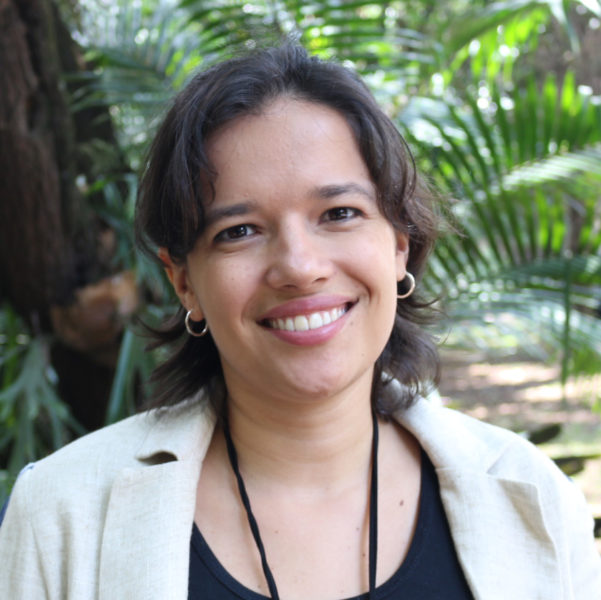 Fernanda Novaes Cruz is a Postdoc Researcher at the Center for the Study of Violence of the University of Sao Paulo – NEV/USP. She holds a PhD in Sociology from IESP-UERJ, an MA in Social Sciences from PPCIS- UERJ, a BA in Social Sciences from UERJ, and BA in Social Communication from UFRJ. She is an Associate Researcher at the Center for Research in Law and Social Sciences (DECISO-IESP-UERJ). She was a researcher at the Violence Analysis Laboratory (LAV-UERJ) from her Scientific Initiation until her Doctorate. She was a member of the State Council for the Defense of Human Rights CEDDH-RJ. She has experience in quantitative and qualitative research, with emphasis on violence and Public Security, mainly working under the following subjects: Drug Policy, Police Institutions, Homicides and Suicides.

2019 Post-Doctorate.
Center for the Study of Violence of the University of Sao Paulo, NEV-USP